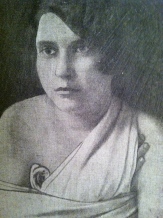 I’m inclined to play it all humble.  To hide my light under a bushel, blushing and mumbling “What?  Little ol’ me?”  But why?  How often am I going to win an award for writing?  Yeah.  You read that right.  I won an award.  For writing!

My essay, Memories are Made of This, was one among several essays presented First Place Awards from the San Francisco Peninsula Press Club.

You can read the essay here.

I don’t know that I could have picked two better books to read simultaneously.  If Kelly McGonigal’s The Willpower Instinct is the brain of the operation, then Anne Lamott’s Bird by Bird is the heart.

I know everyone has already read Bird by Bird.   Most likely in 1994, when it was published. I was a little busy that year.  Plus, I have a stubborn streak and if someone says to me, Oh, you’ve just got to read this book! (or see this movie, or meet that person), I won’t.  Just to be stubborn.  It took me twenty years to see E.T. the Extraterrestrial.

Still, even if you loved Bird by Bird when you read it seventeen years ago chances are you’ve forgotten why. I’ll remind you:

Perfectionism is the voice of the oppressor, the enemy of the people.  It will keep you cramped and insane your whole life, and it is the main obstacle between you and a shitty first draft.  I think perfectionism is based on the obsessive belief that if you run carefully enough, hitting each stepping-stone just right, you won’t have to die.  The truth is that you will die anyway and that a lot of people who aren’t even looking at their feet are going to do a whole lot better than you, and have a lot more fun while they’re doing it.

Meanwhile, back on the pages of Kelly McGonigal’s The Willpower Instinct we find studies that support Anne’s heartfelt commentary and advice on how to relinquish the desire to be perfect.  Kelly explains why offering compassion and forgiveness to ourselves instead of layering on the guilt for our missteps strengthens our ability to see the big picture.

I didn’t expect Bird by Bird to make me smile as often as it has.  And I didn’t expect The Willpower Instinct to be so easy to take.  I expected an overly sweet Bird by Bird to have me in a literary sugar coma by page forty, but Anne Lamott’s practical advice is seasoned with just the right enough bite to balance the moments that bring tears to your eyes.

I thought Kelly McGonigal’s book would be like any other book I’ve read about goal setting.  I thought I’d be writing lists, repeating affirmations and by the end of the day – with few items on the list accomplished – calling myself a failure.

The truth is, Kelly’s book is about forgiveness. It’s about settling down.  Giving yourself a break.  And she has all the scientific evidence we need to see why this is important.

My intention was to break my Hulu habit by reading eight books in six weeks.  That’s not going to happen.  Why?  Because I chose an astoundingly unrealistic goal.  That’s typical of me and, according to McGonigal, typical for many of us.  But don’t blame Hulu. While I haven’t severed my attachment to Hulu completely (a once-a-week, twenty-two minute dose of The Big Bang Theory after a long day is medicinal) I’m certainly no longer sliding down a steep slippery slope toward a self-inflicted Hulu-lobotomy.

A more realistic goal is four books in six weeks.  Today Bird by Bird returns to the bookshelf.  The Willpower Instinct, however, is staying out.  Now that I’ve read it from cover to cover my intention is to go back and read it again – this time actively working through the exercises provided.  I’ll keep you posted how all that works out.

The book I’m beginning today is John Green’s The Fault in Our Stars. No, it wasn’t on my original list. I’ve chosen this young adult novel because I’m working on a young adult novel (yes, again). The book has a bit of buzz on it and I’m looking forward to digging in.

Next time:  An update on the meditation practice I committed to in January or A Funny Thing Happened on the Way to Whole Food’s Meat Counter

I’ll be the first to admit that I lean a bit toward the odd.  In a good way I hope, but still.  I allowed myself one last moment with Jimmy Fallon (“I Gotta Have More Cowbell!”) and then broke the news to Hulu:

“Did I do something wrong?”

“You want to spend more time with Facebook, don’t you?  I know the two of you are tweeting.”

“What do you mean you want to read?”

“Don’t make me laugh.  You’ll never do it.  Two days from now when the latest episode of Glee is available you’ll come crawling back.”

At that point I said good night.  I thought I heard a sniffle as I closed the laptop, and then I set my alarm, rolled to my side and went to sleep.

Today I determined that all eight books amounted to about 2300 pages.  I have thirty-six days to make it from cover to cover on all of them.  That means reading at least sixty-three pages per day.  No problem.  I hope.

I’ve begun with Kelly McGonigal’s The Willpower Instinct.  Even though I had dipped into the book earlier, I decided to begin at the beginning.  Here’s what I discovered today:

It turns out my recent commitment to meditation is doing more than creating a calmer Mimmsy.  Meditation is helping my brain to build grey matter in the prefrontal cortex and other regions of the brain that support self-awareness.  In other words, my meditation practice strengthens my will power and bolsters any skill that involves self-control.  Like reading.

In addition to Kelly’s book I’ve decided to read a chapter per day of Bird by Bird, the wonderful book about our writing life by Anne Lamott.  Today I read the introduction.  I’ll leave you with a Wendell Berry poem, The Wild Rose.  Written for his wife but used by Anne to describe how writing feels to her sometimes – like a person – “the person who,” Anne writes, “after all these years, still makes sense to me.”

Sometimes hidden from me

in daily custom and in trust,

so that I live by you unaware

as by the beating of my heart,

Suddenly you flare in my sight,

a wild rose blooming a the edge

of thicket, grace and light

where yesterday was only shade,

And once again I am blessed, choosing

again what I chose before.

It pains me to confess the following:  Until I cancelled my Comcast cable bundle and handed over my television to Goodwill Industries I was guilty of watching, on average, twenty-one hours of television per week.  Three hours each day.  Every day.

What on earth was I doing?  That’s an easy one to answer.  I was anesthetizing myself.

When I emerged from my cathode-ray-tube-induced-coma last September I had every intention of using the extra twenty-one hours I had given myself to write the next great bestseller while training for a marathon in between playing live sets at Angelica’s in Redwood City.

So far none of that has happened.  But it’s not all bad news.  I’ve spent more time nurturing my creative side with the found object assemblage work I love.  I attend a yoga class on an almost regular basis.  I dance more and of course there’s the meditation practice.

But what about the other ten hours?

It began innocently enough with a few Jon Stewart clips.  That led to an unquenchable yearning for Jimmy Fallon musical numbers (did you see him and Bruce sing “Whip My Hair”???)  Jimmy, of course, was just one steep and slippery slope away from the latest episodes of Glee and then Parenthood and then Grey’s and now I’m even getting my geek on by watching the ultimate in brain candy – The Big Bang Theory.

I need an intervention.

I need a Buzzy Sherman Challenge.

Buzz and I worked for the Sunnyvale School District as well as the city’s Parks and Recreation Program in the early 1980’s.  Buzz was into self-improvement and since I thought he was the best thing since sliced bread, I was into self-improvement, too.  Buzz was the kind of guy who would take off for four days without telling anyone, ride his bike to Yosemite, return safe and act as if it was a perfectly natural thing to do.

We liked to hand one another challenges. When I began to jog for exercise he challenged me to take my mileage from twenty to thirty miles per week.  In exchange he would ride Highway 9 twice a week.  Another time he offered to read as many books as he could in one month if I became a vegetarian for the month.  Or maybe I had to give up chocolate.  It was so long ago I don’t remember.

They seem a little silly now but I loved our challenges.  I loved competing with myself and I loved being accountable to Buzzy.

But of course he and I lost track of one another decades ago and I traded my hard competitive edge for something more nurturing when I found Yoga.

And here it is.

I’m going to take the next six weeks – give or take a few days – to read eight books.  I’ll begin with Kelly McGonigal’s new book The Willpower Instinct:  How Self-Control Works, Why it Matters and What You Can do to Get More of It.  The advice she offers may help me negotiate the next few thousand pages.  After that, and in no particular order, I’m going to read:

The Gospel According to Zen – First published in 1970 the book is described as “an extraordinarily ecumenical collection of readings in the new consciousness of post-Christian man, with commentaries by Erich Fromm, DT Suzuki, Alan Watts, J. Krishnamurti and others.”

A Gate at the Stairs – A novel by Lorrie Moore.

Haslam’s Valley – A collection of short stories and essays by Gerald Haslam.

Anne Lamott’s Bird by Bird: Some Instructions on Writing and Life.  Wasn’t I supposed to read this…um…ten years ago?

The Emperor of All Maladies: A Biography of Cancer by Siddhartha Mukherjee.

Last but not least, Old Friend from Far Away.  This is Natalie Goldberg’s book on memoir writing.  I was going to read Writing Down the Bones but chose this one instead.

I think I have it all covered – fiction, non-fiction, short story, novel, essay, self-help, biography, philosophy. I’ve already dipped into The Emperor and Bird by Bird but both books have been buried in the pile by my bed for so long I may begin both again from page one and so don’t consider it cheating.

The challenge begins as soon as this is posted and the glass of wine is poured.  Wish me luck.