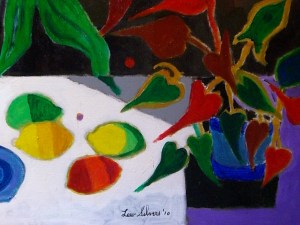 It pains me to confess the following:  Until I cancelled my Comcast cable bundle and handed over my television to Goodwill Industries I was guilty of watching, on average, twenty-one hours of television per week.  Three hours each day.  Every day.

What on earth was I doing?  That’s an easy one to answer.  I was anesthetizing myself.

When I emerged from my cathode-ray-tube-induced-coma last September I had every intention of using the extra twenty-one hours I had given myself to write the next great bestseller while training for a marathon in between playing live sets at Angelica’s in Redwood City.

So far none of that has happened.  But it’s not all bad news.  I’ve spent more time nurturing my creative side with the found object assemblage work I love.  I attend a yoga class on an almost regular basis.  I dance more and of course there’s the meditation practice.

But what about the other ten hours?

It began innocently enough with a few Jon Stewart clips.  That led to an unquenchable yearning for Jimmy Fallon musical numbers (did you see him and Bruce sing “Whip My Hair”???)  Jimmy, of course, was just one steep and slippery slope away from the latest episodes of Glee and then Parenthood and then Grey’s and now I’m even getting my geek on by watching the ultimate in brain candy – The Big Bang Theory.

I need an intervention.

I need a Buzzy Sherman Challenge.

Buzz and I worked for the Sunnyvale School District as well as the city’s Parks and Recreation Program in the early 1980’s.  Buzz was into self-improvement and since I thought he was the best thing since sliced bread, I was into self-improvement, too.  Buzz was the kind of guy who would take off for four days without telling anyone, ride his bike to Yosemite, return safe and act as if it was a perfectly natural thing to do.

We liked to hand one another challenges. When I began to jog for exercise he challenged me to take my mileage from twenty to thirty miles per week.  In exchange he would ride Highway 9 twice a week.  Another time he offered to read as many books as he could in one month if I became a vegetarian for the month.  Or maybe I had to give up chocolate.  It was so long ago I don’t remember.

They seem a little silly now but I loved our challenges.  I loved competing with myself and I loved being accountable to Buzzy.

But of course he and I lost track of one another decades ago and I traded my hard competitive edge for something more nurturing when I found Yoga.

And here it is.

I’m going to take the next six weeks – give or take a few days – to read eight books.  I’ll begin with Kelly McGonigal’s new book The Willpower Instinct:  How Self-Control Works, Why it Matters and What You Can do to Get More of It.  The advice she offers may help me negotiate the next few thousand pages.  After that, and in no particular order, I’m going to read:

The Gospel According to Zen – First published in 1970 the book is described as “an extraordinarily ecumenical collection of readings in the new consciousness of post-Christian man, with commentaries by Erich Fromm, DT Suzuki, Alan Watts, J. Krishnamurti and others.”

A Gate at the Stairs – A novel by Lorrie Moore.

Haslam’s Valley – A collection of short stories and essays by Gerald Haslam.

Anne Lamott’s Bird by Bird: Some Instructions on Writing and Life.  Wasn’t I supposed to read this…um…ten years ago?

The Emperor of All Maladies: A Biography of Cancer by Siddhartha Mukherjee.

Last but not least, Old Friend from Far Away.  This is Natalie Goldberg’s book on memoir writing.  I was going to read Writing Down the Bones but chose this one instead.

I think I have it all covered – fiction, non-fiction, short story, novel, essay, self-help, biography, philosophy. I’ve already dipped into The Emperor and Bird by Bird but both books have been buried in the pile by my bed for so long I may begin both again from page one and so don’t consider it cheating.

The challenge begins as soon as this is posted and the glass of wine is poured.  Wish me luck.