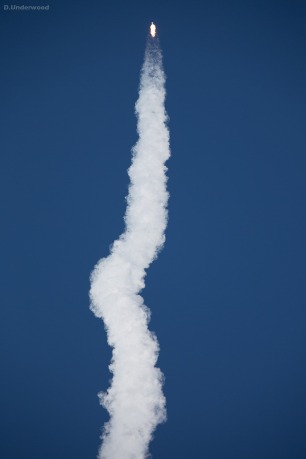 I love Ben. He’s been my friend and partner for four years this month. I have friends who have been married longer than I’ve been alive, and so I understand that four years is a very small stretch of time. Yet if feels long enough for life to have always been this way. Me and Ben.

Our views on the world as individuals are slightly different shades of the same color. Like many couples, they are similar but not identical. Where we differ is in our reactions to the mutability of life.

On January 13th the State of Hawaii informed its residents that ballistic missiles were twenty minutes away. Forty-five minutes later they learned it was a false alarm. Long after Hawaiians breathed a collective sigh of relief I remained glued to the news. I watched the same images of clear Hawaiian skies and people running for their lives in what they believed might be their last moments again and again as the videos played in a continuous loop on CNN.

I wasn’t reacting to the thought of missiles raining down on Maui. I was reacting to the thought of what it must have felt like to feel the vibration of an incoming text, to reach for the phone expecting a funny message from your family on the mainland, and instead seeing words almost impossible to process: “BALLISTIC MISSILE THREAT INBOUND TO HAWAII. SEEK IMMEDIATE SHELTER. THIS IS NOT A DRILL.”

Meanwhile Ben, one of the most compassionate and caring humans I know, shrugged his shoulders. His only reaction was to tell me that if we found ourselves at home and in the same situation there would be no reason to panic. He would take my hand and tell me he loved me. We would simply sit down, hold one another and wait for our lives to continue or for our lives to end. I don’t know if that’s entirely true. I believe he would want to reach out to his family. But after that, what else could we do?

After all, life turns on a dime.

Yoga, I’ve learned, is about self-regulation. Self-regulation means having the ability to manage of our actions and emotional states. Instead of rarefied peaks and dark valleys, we learn to bring the peaks and valleys in our lives closer together until they become gentle, rolling hills. I suppose it’s a little like transforming the Rocky Mountains into the Appalachians. Our lives do not become flat. We don’t become emotionless automatons. We do, however, build resilience. We cultivate the ability to choose wisely. We see our lives more clearly and are better able to move forward, grounded and confident. Stress and cortisol levels lower in tandem and our health improves.

In truth, as yogis, every moment is a practice preparing us for the next.