From the air, if you’re high enough, the green carpet of trees could be anywhere. It could even be home. But as the plane descends the coconut trees begin to distinguish themselves. The river cuts into the earth in a way that is different to what you’ve known. Banana plantations define themselves in stiff squares of land. The roofs of homes are not the familiar red clay tiles you remember but are instead the bright blue color of tarps stretched across cinder blocks and corrugated tin. Yet, in the distance, an ornate and sparkling church calls the eye.

This is not home. This is unlike any place I’ve ever been. This is Kerala.

The sunlight in Kochi is diffused by heavy, moist air. The December heat keeps my skin sticky and my ankles puffed. But it’s a beautiful light – intense and muted at the same time. It brightens colors and softens the edges of the Chinese fishermen nets that, since the 14th century, have pulled fish from Kochi’s harbour. The nets are fascinating structures built from teak and bamboo. They’re cantilevered and require nothing more than the weight of a man to lower themselves into the water.

Along the embankment men dressed in lungis, their heads wrapped in wet and frayed cloth as protection against the sun, prepare to sell the fish whose gills still move, desperate to find water. Interspersed between the fishmongers are stalls filled with wares available to purchase for the tourists fresh off cruise ships in port from Mumbai and Singapore. Follow the cobbled path from the nets to the jetty and you’ll find fish for your supper, leather belts, straw hats, toy tuk-tuks for the kids at home, plastic pasta makers and hand-held sewing machines the size of a stapler. 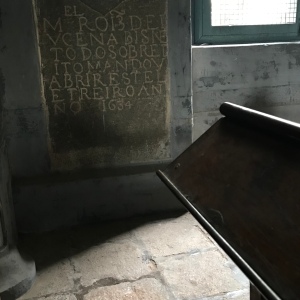 Nearby is a respite. The Church of Saint Francis is a short walk from the jetty. Built in 1503 and the original burial place of Vasco de Gama, it is a beautiful but unassuming building.

Its stone interior, lined with dark wooden pews, is cooled with a mechanism built of rope, pulleys and embroidered fabric attached to poles that run the length of the nave. The poles are lowered and when they swing the congregation is fanned by the movement of the fabric. 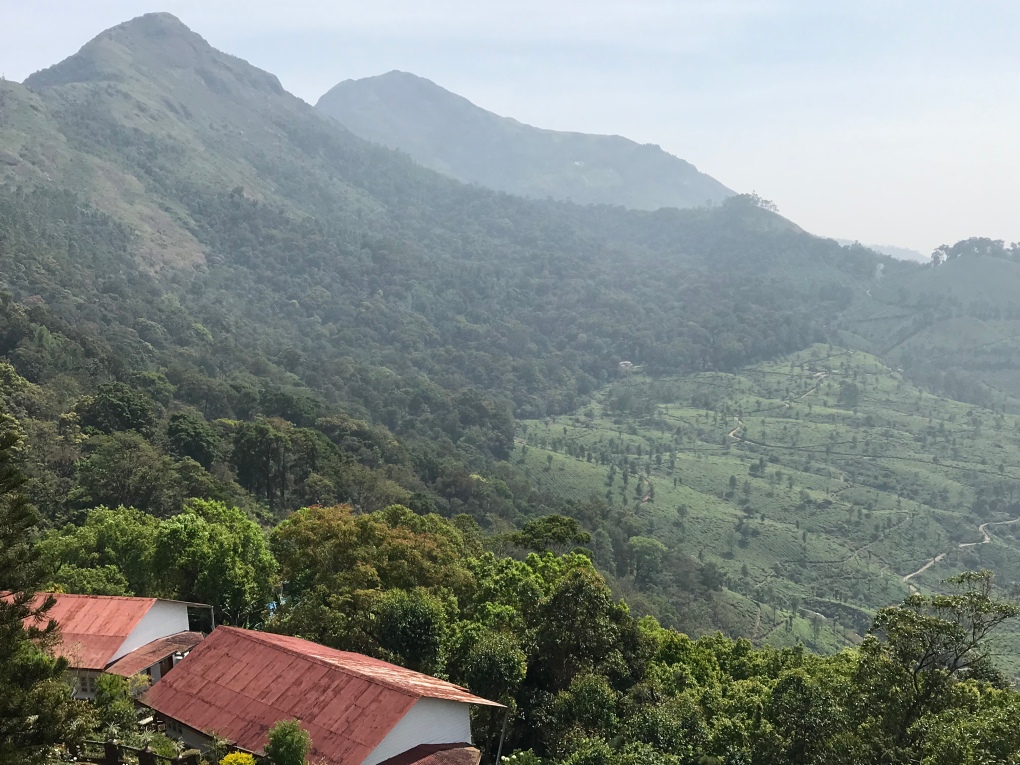 The first two close calls were flukes. It was only after I saw my life pass before my eyes for the third time that I began to question our sanity. By the time we were in our fifth hour of winding switchbacks on a road so narrow we frequently stopped to accomodate traffic barreling down the steep grade toward us I knew we were doomed. We were headed toward a former hill station in Munnar now named Windermere Estate.

Just before we arrive at our destination we cross a one-lane bridge. The river is a good thirty feet below and calm. It’s difficult to believe that four months previous the same river turned violent and rose high enough to cover the span. Munnar was devastated in the floods that killed over one hundred and fifty people last August. Windermere Estate was cut off by landslides for fourteen days. There is still evidence of the landslides but with the exception of road damage evidenced on the long climb life has returned to normal. 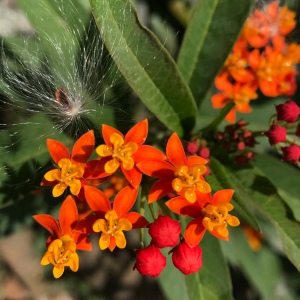 It’s beautiful here. The air is warm but fresh and we awoke this morning to the song of the red whiskered bulbul and not the noise of car horns. From a vantage point reached by climbing a set of stairs cut into stone we have a view of mist covered tea plantations, deep valleys and a rugged mountain ridge on which, we’re told, wild elephants sometimes roam into view.

Our one day at Windermere is a day of rest. The grounds of the estate are too beautiful to contemplate leaving. With the exception of one short walk to a small village just below the estate grounds, we are content to watch the world go by from the little porch attached to our room.

Tomorrow we’ll make our way back down the mountain to Alleppey.